I am tired. The endless intrusion of diet mandates and body hating messages that wheedle their way into my world via billboards, television, radio, movies, magazines, books, blogs, trolls, and the insidious drive by shoutings have left me fatigued.  Considering we are in beach-body-season, this is to be expected...and I know that because this is my area of personal and professional concern I am perhaps exposed more than most...but I just have to admit that sometimes I hit the wall and feel depleted and hopeless. The last time this happened, the final straw was when I picked up a financial magazine to read on an airplane.  I specifically rejected the fashion mag rags that were there and thought I was making a safer choice.  My deflector shields down, I opened to the table of contents and saw a feature article about weight loss.  It wasn't even a metaphor about financial excess or money health, it was about dieting and fat hate...in a financial magazine... I hit the wall. But I bounced back!

Until now. This time it was an ad for toe fungus.  Yes toe fungus.  Toe fungus and yoga to be exact.  No joke...toe fungus and yoga.  Those of you who have been reading my blog for a few years now, know that I have written about my history as a yoga gal living on an ashram, playing tablas at the Satsangs and how much I enjoyed it.  I have also written about my frustration with how competitive yoga has become; and how it has gone from a personal practice to a way to improve your sex life by bringing your flexible Asana poses into the bedroom.  I have a list of fat-friendly yoga teachers in the resource section of my website because I still believe that yoga can be wonderful despite it's downward dog spiral in the media that is touting it as the best weight loss method EVER!!! And the publicity hasn't hurt the yoga industry.  There is now a yoga studio on every corner everywhere I go these days.  Yoga is omnipresent.   So when a commercial came on while I was watching a ball game on TV with people in a yoga class, that didn't surprise me.  I figured it was an ad for weight loss via yoga and sighed.  I almost wish it had been.  Instead, the ad shows one of the young, thin, white women (the most publicized prevalent demographic of yoga students) in the class decides that everyone else in the room is focusing on her fungal phalanges.  In a class where everyone is supposed to be facing front and/or paying attention

to their breathing, this poor woman is completely obsessed with her toe fungus. Talk about your wandering mind!  Her self-consciousness about her toes was so intense that the very tuned-in yoga teacher senses her exasperation and goes over to her and solves her problem with a bottle of anti-toe fungus serum. Big stretch...bigger than the Ardha Matsyendrasana or Half Lord of the Fishes Pose!  From meditation to medication...everything is now back to order.  And then the tag line,

"Notice the pose not the toes."

I cracked.  Yup...that was my last straw.  Is everything in our world about looking perfect?  Okay, even if I gave the ad the benefit of the doubt that there is an important connection between yoga and toe nail fungus, wouldn't it be about the concern of spreading it to the other people in the class?  After-all, being barefoot is common at yoga studios.  Wouldn't she have seen a doctor?  From Yoga-esque self-less-ness to Fungus Spreading selfishness, she should have at least been wearing shoes!  GAAAAHHH!!!!!  (I told you I cracked!) But I am better now.  Because today I read four wonderful body positive articles that gave me hope and infused me with just enough energy to rally, write this blog, and head off to my son's college graduation.  My hope is that by sharing these links with others who need a second wind, we can continue to generate positive conversations out in the world and lessen our combat fatigue. The first is about tennis player, Taylor Townsend and her coach Zina Garrison and how Townsend, with Garrison's help, learned to accept her body and appreciate her skills.  My favorite quote from the article is,

"Garrison, who also struggled with her weight, said that she did not want Townsend to suffer the way she did. 'The biggest thing was just getting her to understand that she’s fine, Garrison said. 'Everybody doesn’t have the same shape of our bodies. She’s very clear on that now.  I challenge over half of these girls out here to do some of the stuff that she does,' Garrison said." 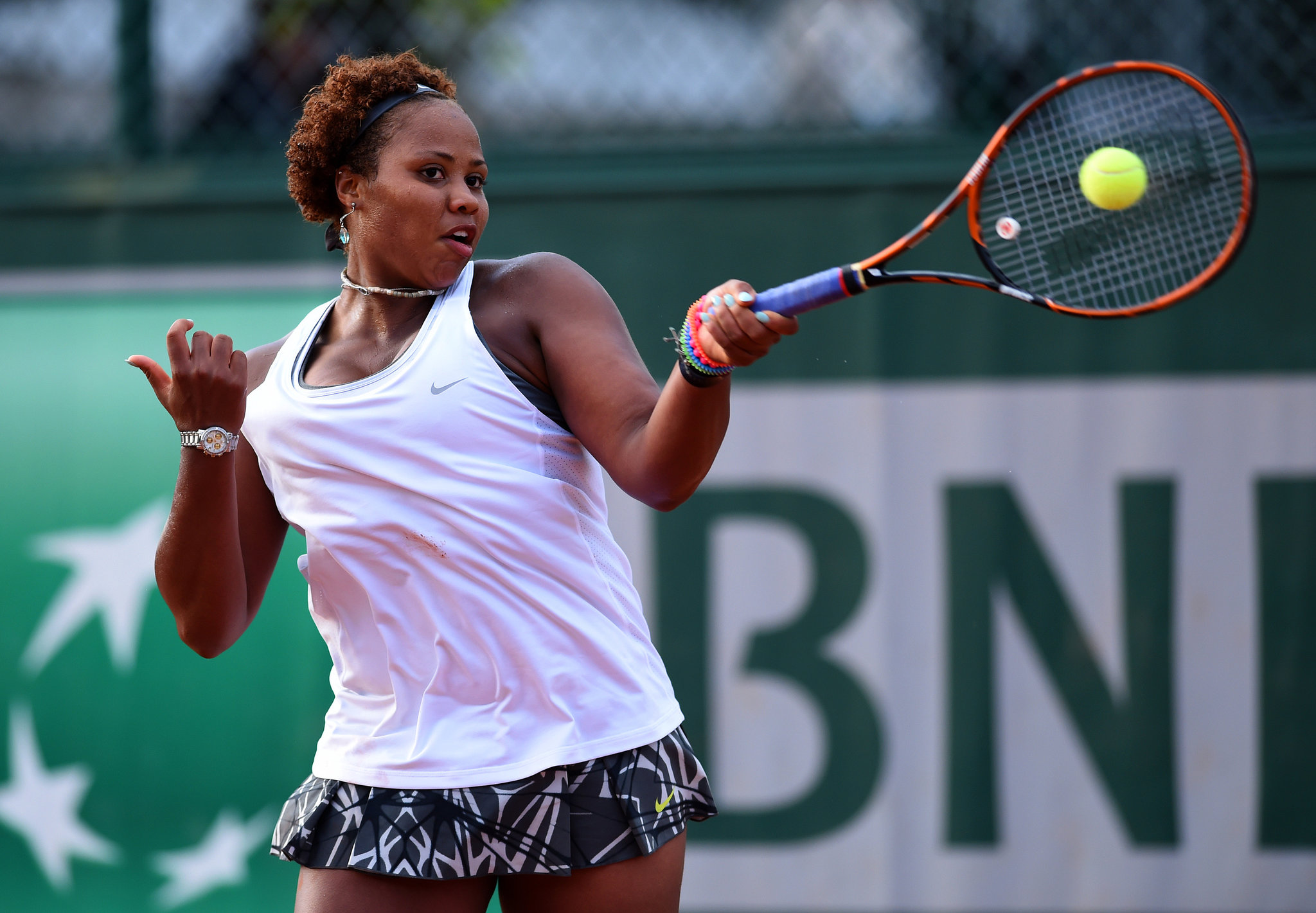 CLICK HERE to read the entire article. The next piece is by Patrick Mustain in Scientific American and its title is, "What if We All Just Stopped Trying to Lose Weight?"  My favorite excerpt from this article is,

"’I've heard it rightly argued that we should refrain from judging someone’s health based on appearance. For all we know, that overweight woman we see on the street might be exercising every day, eating better and may have already lost a lot of weight, and just “isn’t there yet.” I would take it further and argue that if those habits are now a part of her life, she’s already made it.  If we were to shift the conversation towards a culture of health–one that values healthy eating and regular physical activity as ends unto themselves, we may be happily surprised to find that not only are we living longer, happier lives, with less disease and fewer health costs, but also, we may need to drop a collective pant size or two. Or not. Either way, we’re better off.  Post Script by the Author:  This reads as if health outcomes were entirely dependent upon what individuals consciously choose or choose not to do. Most of the literature indicates that a vast number of complex environmental factors have far more to do with our health outcomes than our personal choices. However, the choices we make certainly come into play, and this post explores a new way to approach those choices and how we talk about them."  CLICK HERE to read the full article.

It's not quite a love-hate relationship, it's more like a love-and-sometimes-not-so-crazy-about relationship I have with Frank Bruni.  I grew up in New Yawk and Bruni was a household name.  A restaurant critic for the New York Times, we did not go out to dinner without checking in to see what Bruni thought. If they had existed back then, my whole family would have worn plastic bracelets imprinted with the letters, WWBD? Then he wrote a book about his struggles with bulimia, and in May 2011, he became the first openly gay op-ed columnist of the New York Times. All reasons for me to respect and adore Frank Bruni. But every once in a while, his fat prejudice, self-loathing, and thin worship leaks out.  One example of many is an op ed he wrote titled, Hard Truths about Our Soft Bodies.  His bias is apparent throughout the article including this excerpt,

"... Costco as much as anything else is why the land of the free and the home of the brave is also the trough of the tub o’ lard, our exceptionalism measurable by not only our G.D.P. but also our B.M.I. That’s body mass index, and our bodies are indeed massive."

But the man has a massive reach so when his article, Diet Lures and Diet Lies calling out Dr. Oz's obsessive promotion of weight loss scams came into my inbox, it fell into the good news category.  It worries me that Bruni, a person recovering from an eating disorder, is still as obsessed about weight loss and fat as the article indicates, but it was good to know that maybe a few people will heed his advice and reject Dr. Oz's products.  CLICK HERE to read the full article. Last but not least is this wonderful piece from Australia by Mike Clay and Nick McDougall titled:  Fat Pride:  The growing movement of people looking for fat acceptance.  This video featuring Kath Reid talking about her passionate involvement in the Fat Acceptance movement also includes appearances by Dr. Linda Bacon, Nick and Natalie Perkins, a cameo photo of Marilyn Wann's book, Fatso?, and ironically comes full circle (in my world) with a wonderful testimony by Yoga Instructor, Sarah Harry.  No toe fungus amungus to be found, Sarah hits the HAES® nail on the head when she explainsthat one of the problems with linking exercise to weight loss is forgetting all of the other benefits of exercise.  The video's closing quote by Kath Reid was just what the "doctor ordered" and snapped me out of my fungus funkus and left me free and clear with no wall in sight.

"I'm not a disease and I'm not diseased.  This is the body that I come in.  Fat acceptance led me to a place where I could be who I wanted to be.... and that was positive, and bright, and colourful, and fun. It's a really good feeling to not hate myself."

Til next time, Dr. Deah Please SAVE THE DATE!!!  On July 31 at 7:30 p.m. I will be doing a reading and book-signing at A Great Good Place for Books, 1620 La Salle Ave. Oakland, CA. Please come join me for laughter, refreshments, and support independent bookstores!  Seats are limited so email me at drdeah@drdeah.com and I'll reserve a space for you!